In my paintings, I strive to create a place for the observer to reside and experience it, to join in the work’s rhythm. Painting is my sanctuary,  a place of refuge and contemplation, a hideout, a shrine, a place of new direction and a tribute to beauty.

Arshaad Norwood is multifaceted Master Artist who creates visceral art that emanates the passion of his culture and the supernatural energy that empowers us all to pursue our dreams! 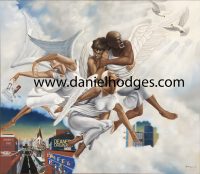 “Home Going” is a depiction of a spiritual healing.  The woman who is attached to the lead angel passed away and is being taken home to gl.ory.  The angel on the left has released the woman from the hospital I.V. and the medication showing that she has been set free from her earthly struggles.  The framed original is 40″ x 46″ 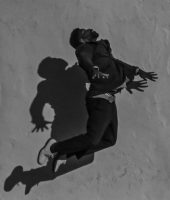 I have always been taking pictures in my spare time but I became more serious about photography after I retired from an IT Senior Manager position at a pharmaceutical company.

I joined the Sweetwater Camera Club in Douglasville, GA and participated in many of the monthly competitions winning from Honorable Mention to 1st place several times; and placed second as Photographer of the Year in 2016. My winning images were published in the Chapel Hill News and Views and Douglas County Sentinel (local publications) and displayed at The Photo Spot in Douglasville. In addition, many of my images were accepted and displayed at various local juried art exhibitions and one of them received 1st prize, one 3rd price and two others Honorable Mention at juried exhibitions.

I take pictures of many different subjects while traveling and at home. Flowers have been of special interest to me as well as cityscapes and landscapes. I like taking photography to the next level creating different views of my images using various digital techniques. I enjoy using my pictures in creating coaster, magnets, greeting cards and photo albums telling a story of a travel or a family event.

Photography to me is the medium that helps me capture my subject in space and time and present it not only how I see it through my lens,  but also how I envision and imagine it and want the viewer to see it. The original image is my canvas, and the computer and software are the tools I use to transform an image to art as I see it!

I began doing art work when I retired.  My paintings in oil consist of abstracts with heavy paint that is enough to be almost considered 3-D and landscapes that more recently are barebones concepts of trees or their skeletons in an abstract environment.  I have began using old CDs and acrylic paint to make 3-D images on canvass.  I am also doing small (about 5″ x 5″ x 5″) glass sculptures in abstract shapes and colors.  As ideas and images come to my mind making them into something reduces time to a nonentity.

Jenn Fletcher has been photographing various subjects since the late 1990’s, and currently brings her love of the natural world more into light through her photographic work, sharing details which are often overlooked. Bringing science and conservation into her artistic themes, she has been traveling a path that closely intertwines her personal artwork with that of her home life, and her local role in childhood education and wildlife conservation. She’s been published and exhibited internationally, but like her place-based subjects, enjoys focusing on the southeastern region of the US that she calls home.

“Ranger Doug” of the band Riders in the Sky – pastel 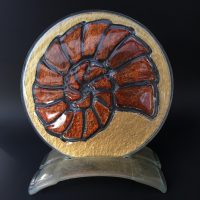 Using recycled glass as my canvas, I interpret the colors and patterns of Nature in my pieces.

Water Oak Glass Artist, Dana Helton has been creating Stained Glass Art using Tiffany and Old World methods since 2001.  My passion for horses had taken many twists and turns over the years and developed into breeding horses. In 2001, while awaiting the birth of my first foal, I began lessons with a local glass artist. I was HOOKED! I continued lessons working my way into an apprenticeship for 3 years.

My passion for horses, horse breeding and stained glass is still a large part of my daily life. I have continued my education in glass by learning to fused glass to create jewelry pieces since 2016. Most recently I have been creating Lanterns, Mosaics and functional Art.

I enjoy all types of Art including Whimsical, Elegant, Industrial, Contemporary, Garden Art to Pet Portraits.

Let’s get together and CREATE SOMETHING THAT MAKES YOU SMILE. 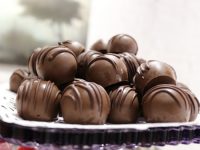 Located in Acworth GA, Becky Edwards has turned her passion for baking into a business.

Mrs. Edwards Bakery is a cottage kitchen bakery recently established in 2020.  She has been baking for almost 30 years and brings her rustic comfort style to everything she bakes.  From Cookies to candies, to custom cakes, or gourmet brownies,  she can customize just about any special orders.

Custom orders are her specialty and would love to make something special for you. She can be contacted through email at Becky@mrsedwardsbakery.com or you can view her website at http://www.mrsedwardsbakery.com  You can also find her on Facebook and follow her on Instagram.

Elizabeth is a skilled kiln-formed glass artist inspired by nature’s scenery and animals.

Jolie has explored a wide range of needle arts after learning to cross stitch at age four. She designs, teaches, spins, and stunt knits in the Atlanta area where she demystifies the obscure. She has published in PLY, Spin-Off, and Cast On. Her cleverest unvention is a method for working stockinette-based laces reversibly. She teaches at guilds and fiber festivals, as well as offering private lessons in person or through video chat. She can mend hand knits. Get a sense of her teaching style by watching her YouTube channel “Jolie knits.” You can find her on Ravelry as “Jolie.” 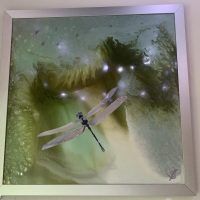 Redd Fern Art, launched 2019, embodies the heart and soul of Fern Cook. Begun as ‘thank you gifts’ for our landscape clients, these works of Outdoor Art offer color, polish and shine to your outdoor living rooms. Two unique and decorative product lines are currently offered; Paintings and Hanging Planters.

Paintings on metal canvas with an aluminum frame and metal/glass paints have been tested on fences, trees and home exteriors for three years with no loss of quality or rust. The abstract composition allows for viewer interpretation. The magnetic property allows for customization with house numbers and/or verbiage. Adding vinyl lettering and/or company logo creates an dazzling, memorable sign for your business.  Available in sizes 12″x12″ or 24″x24″  Custom sizes, colors and graphics available. ReddFernArt@gmail.com 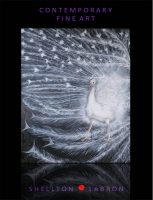 Shellton LaBron Tremble was born in Georgia. He is a conceptual and abstract artist who works in all mediums and imagery. Shellton has lived mostly in the Southeast, including Florida and South Carolina. As a child, Shellton questioned his mother on why he could not draw like his brother (or paint as she did), so she said to him, “You won’t know until you try.” From there his interest sparked, skills blossomed, and self – instruction began.

Shellton has a wide range of creations from imagery to stylized art. His work is energetic and colorful! Most of his paintings are texturized or embossed. His work is very conceptual with a blend of surrealism and abstract motifs. He believes in producing works that are highly inspiring and visually provoking on canvas and wood. Shellton’s theme is “Passion, Power, and Perpetuity”! 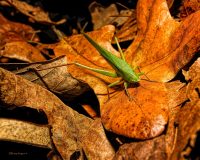 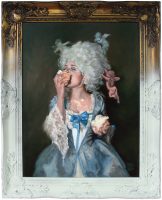 Laura Shull is a working artist living in the metro Atlanta area. She specializes in oil painted portraits and figurative work featuring women dressed in historical costuming which Laura creates herself. She earned her Bachelor of Fine Arts from Kennesaw State University in 2014 and has since then been exhibiting her work locally and in various shows around the Southeast.

She is currently working on original oil paintings, selling to private collectors, creating commissioned pieces, and selling prints of her work online. On most days she can be found working in her studio or hanging out with her cat, Mister Otis, in their little farm house. 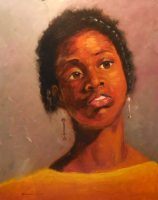 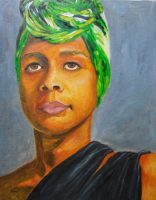